Answers from the experts is where we have asked a scientist within Standup For Energy to answer a few common questions relating to their field of study. Daniel Brandell for example is here answering questions about the focus on batteries, difficulties within his research and what lies in the pipeline for the future. 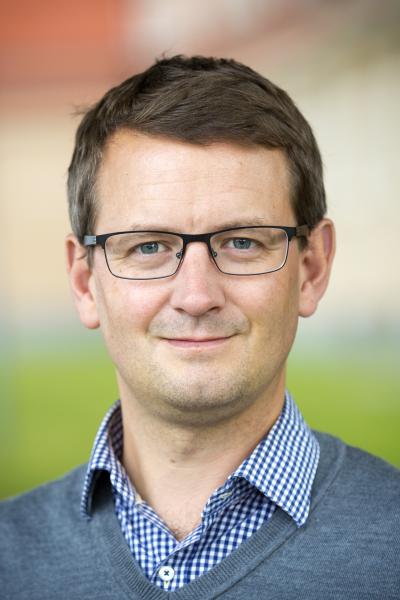 A brief description of his research can be found here.

Two of the greatest drawbacks of batteries, especially for electromobility, are their poor energy density – making it necessary to recharge often – and their long charging times. Fuel cells, on the contrary, produce electricity on demand, and filling the hydrogen tank takes only a few minutes.

Why is there so much focus on batteries and so little on hydrogen fuel cells?

The large focus on batteries is related to a number of factors where they are currently superior to fuel cells. First, the cost of batteries in €/kWh is much less than for fuel cells, and fuel cell cars are therefore much more expensive. This is not only related to economies of scale, but also due to very expensive components in the fuel cell. Second, there is a viable infrastructure for batteries due to the electric grid, which gives this technology a head start. Third, energy density and charging time has improved quite dramatically in BEVs during recent years, and they have become more competitive to FC cars. Fourth, batteries have better power density than fuel cells, which is also a vital component for most applications. Fifth, the more maturity of the battery technology also means that societal and sustainability issues, e.g. recycling, are addressed in a much better sense for batteries. While fuel cells constitute promising future option, batteries are already strong competitors to fossil fuel solution.

In many places in the world, including Sweden, energy-intensive industrial processes are looking forward to replace fossil fuels with hydrogen (e.g. HYBRIT project for steel production in Sweden).

If these efforts prove successful and give impulse to a sustainable hydrogen-based economy, will fuel-cell vehicles compete with the now dominant battery electric vehicles?

Not very likely. Hopefully, a more wide-spread large-scale implementation of hydrogen sources will provide a better infrastructure, which can also be useful for vehicles. However, the infrastructure solutions are not always exactly the same for energy-intensive industry as for mass transportation, and this will not contribute very significantly to solutions for on-board hydrogen storage solutions.

The extraction of metals, such as lithium and cobalt, are a great environmental and geopolitical drawback for batteries.

Will that set a limit for the future of battery technology?

This problem can be solved, and is partly overemphasized. First of all, lithium is not a very scarce element, and prospecting and technology development is going on in a rapid pace to exploit much more resources. The cobalt content in battery materials is also falling, and completely cobalt-free materials are just around the corner. By comparison, the dependence on critical materials is likely much more problematic for fuel cells.

Fuel cells are substantially more expensive to produce than batteries. In particular, FCs require platinum as a catalyst, which is a very expensive metal.

Is that going to set a limit for FC technology?

Yes. Despite intense research during several decades on alternative FC catalysts, no solution with similar performance is mature enough for large-scale implementations or are very close to similar performance, at least at conventional temperatures. Pt is a very scarce element in the earth’s crust – lithium and cobalt are, by comparison, thousands of times as much common. Pt also have several other uses apart from fuel cells, and recycling of Pt from FCs poses will pose a severe problem.

What technological developments lie in the pipeline of battery and FC technology and what problems do they solve?

In the context of cost and sustainability, the most important parameter will be to increase the life-time of the battery. Understanding the failure and ageing mechanisms better, mitigating them by self-healing materials and tailoring of the interfaces in the cell, and a better operation of the cells will solve several of these problems. Battery safety will be mitigated by implementation of solid-state systems, which will also improve energy density through implementation of lithium metal electrodes. Alternative batteries, beyond Li-ion, will also render systems with improved energy density, power performance, lower cost and better sustainability.